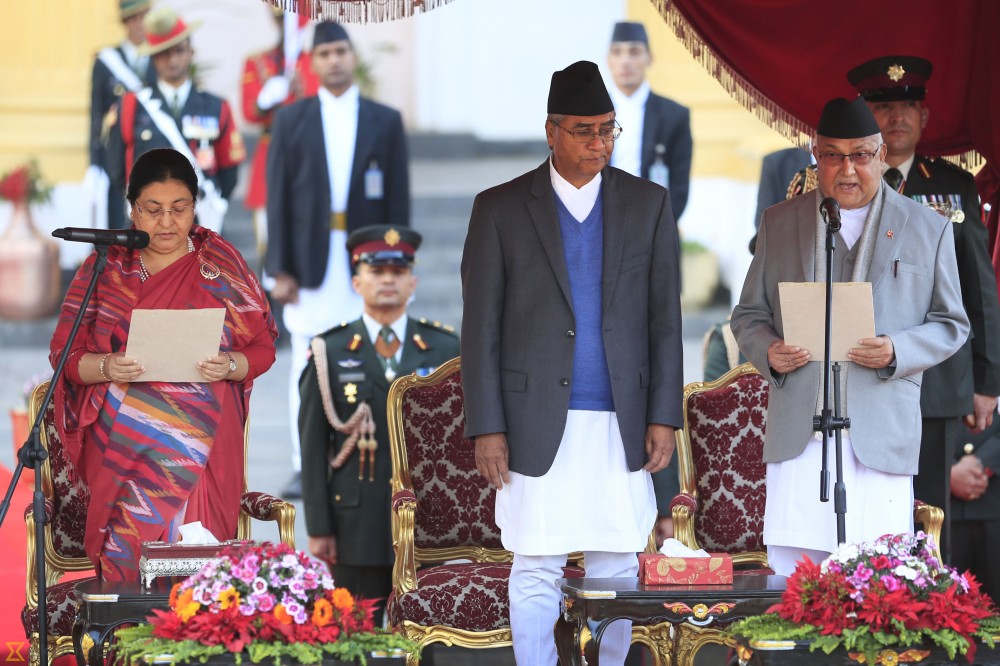 Nepal Foreign Affairs (15 Feb  2018) – CPN-UML Chairman KP Sharma Oli has been sworn in as the 38th Prime Minister of Nepal.

This will be Oli’s second inning as PM. Earlier, Oli had served as the 35th Prime Minister from 11 Oct  2015 to 24 July 2016. President Bidhya Devi Bhandari administered the oath of office to PM Oli during a special function organised at the President’s official residence in Sheetal Niwas, Kathmandu on Thursday.

Oli was appointed as the new Prime Minister a day after the Election Commission (EC) submitted the final results of the federal and provincial assembly elections to President Bidya Devi Bhandari.

Born on 22 February  1952 in Tehrathum district, Oli was elected to the Constituent Assembly in the second CA election from Jhapa district constituency.

Oli, who had served as Home Minister in 1994/95 after the restoration of democracy in 1990, became the Deputy Prime Minister and Minister for Foreign Affairs during the interim government in 2006.

Influenced by communist ideology of Marxism-Leninism, Oli joined political activities in 1966 and became a member of Communist Party of Nepal in February, 1970. He got involved in underground politics against autocratic party-less Panchayat System in 1970. He was arrested in 1973 and imprisoned for 14 years. He was released in 1987