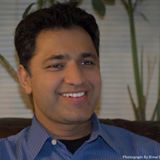 One of my goals … was to take diplomacy out of capitals, out of government offices, into the media, and into the streets of countries.

History, as educated memory, will write whether the presumed 2016 Democratic Presidential frontrunner collected enough materials and put people to work to take the road of world diplomacy out of the capitals during her tenure as the world’s top diplomat or not, but the idea of taking it to the streets in itself is beautiful. However, looking at the efforts made by the US and other diplomatic missions in Kathmandu, it appears the roads are yet to be taken to help minimize, if not end, the bilateral rift between Nepal and India the discomfort of which has already reached to people’s level.

In Washington, London, Sydney and elsewhere the public diplomacy was in full display when thousands of Diaspora Nepali community members thronged in thousands demanding India to end blockade and the international community to speak up for Nepal. The failure of diplomacy between Nepal and India will not result in war, as suggested by John Dingell, but the effect is so disastrous that after Prime Minister Modi-led Indian government’s undeclared but strictly monitored economic embargo since last September has caused humanitarian crisis in Nepal with its schools and colleges closed, hospitals limited to emergency services, industries and factories halting the production of goods and services due to lack of fuel and other necessary supplies.

When more than 90 per cent of Nepal’s Constituent Assembly members signed the new constitution in September 16 and promulgated it, India unofficially imposed economic blockade saying nothing categorically but putting the blame to a section of Nepalese themselves by stating that Nepalese living in the bordering districts were not allowing the transportation of goods and services to Nepal. At the indirect support from India, a few Madhesi leaders are demanding that they be awarded with separate states on the basis of population ratio, among other rights.

Landlocked Nepal now has suffered so much that her 1.6 million kids’ right to education has been snatched away, according to UNICEF, and general life in the bordering towns of both the countries has been heavily impacted at a level no one can imagine. The economic blockade comes at a time when Nepal has barely stood on its own feet following the devastating earthquake of April 25 and the brutal Terai-Madhes conflict on the thorny issue of state restructuring. People from both the countries are sensible to the cause. Issuing a press release, Independent citizens of Nepal India have called for an immediate lifting of the blockade against Nepal and restoration of good neighborly relations.

This is not the first time Indian leadership has resorted to imposing economic blockade against Nepal. India had done the same in 1950 which ultimately overthrew the tyrannical family rule of Ranas and in 1990 that overthrew the Party-less Panchayat regime. However, no one knows exactly what India wants from Nepal at this time when there is no political issue at hand although it rightly wants to make sure that no anti-Indian activities are hosted in Nepal as it directly raises the threat level to Indian safety and security since Nepal and India share over 800 kilometers porous border.

However, a DC based South Asian political analyst (name withheld at his request) believes that apart from water issue, India also wants Nepal to provide Indians, who have stayed for a long time inside Nepal in connection with job or business or due to family relations, the naturalized citizenship with the right to participate in the political process like it has offered to the Indians of Nepalese origin in India.

“If you look at history of India Nepal political rivalry, it is easy to find that India wants federated Nepal with the Terai left for the indigenous people to rule for themselves so that it could have an easy manoeuvring when it comes to taking advantage from Nepal’s rivers,” the retired Indian diplomat living permanently in Washington DC told this writer the other day.

If that is the issue, India needs to be open and should discuss diplomatically and resolve at the government level. Like all other constitutions of the world, the Constitution of Nepal-2015 is not perfect. The leading parties have already introduced proposals to amend provisions in order to address key demands of disaffected groups, including proportional representation in state institutions. The complex matter of provincial demarcation in a country of many communities with cross-cutting demands should be resolved peacefully through political negotiation and democratic constitutional process.

As a sovereign nation-state and a society, Nepal is fully capable of dealing with its internal challenges, including addressing anxieties of its Madhesi, Tharu and other communities through consultation, negotiation and constitutional amendment. India’s blockade is against the Panchsheel principles and also against the spirit of SAARC as well as its obligations under the bilateral transit treaty of 1991. The blockade contravenes the UN Convention on the Law of the Sea, to which both India and Nepal are signatory.

Although Secretary Clinton’s remark holds true, there are limitations to public diplomacy when it comes to addressing the issues that are already out of control from the governments and the impacts are dire on the streets. It is thus imperative that international communities, keeping aside the customary press releases, like  once and for all.

Author is the founding President of Vision for Nepal Foundation, a Virginia-based Advocacy Group on Nepal and the Diaspora. He can be reached at [email protected]