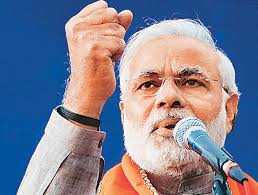 The BJP’s just concluded national executive meet in Bengaluru righteously took credit for its government engaging 94 countries across the globe for the sake of peace, partnership and prosperity, but a look at the working of ministry of external affairs (MEA) suggests, it has been faltering on its international commitments. Hit by resource crunch, the ministry has not been able to take up or complete developmental projects committed to a host of countries, other than Afghanistan, thereby affecting India’s diplomatic stature and hopes to get recognised as an emerging super power.

For six neighbouring countries on the radar of Prime Minister Narendra Modi – Bangladesh, Bhutan, Nepal, Sri Lanka, Maldives and Myanmar – the ministry was allocated Rs7,867 crore to keep its commitments on developmental projects to bring goodwill to India.

In case of Maldives, against Rs 163 crore a partly Rs 12.20 crore has been spent, while in case of Myanmar only Rs62 crore was spent against commitments of Rs330 crore.

In Bangladesh, the ministry had identified 37 projects from setting up of a coach factory, rail link with Agartala, construction of roads, cultural centres, sewage systems and setting up of Hindi department at Dhaka university. Of these not a single rupee was released for as many as 19 projects.

For Bhutan, against Rs 6,074 crore allocated in the 2014-15 budget, just half of the amount, Rs. 3745.43 crore, has been spent. An amount of Rs26.41 crore allocated to providing training facilities for Bhutanese officials and to promote official-level exchanges, just Rs 2.08 crore has been spent. The commitments for Nepal amounted to Rs450 crore, but only Rs258.74 have been realised.

The Sri Lanka, however, depicts a better picture, where against the allocation of Rs 500 crore, a handsome amount of Rs463.43 crore has been spent on 16 different projects – ranging from reconstruction of temples, cultural centres, hospitals and residential complexes in Tamil-dominated northern Jaffna province.

Earlier, India did not allocate much in its annual budgets towards foreign aid. But in 2013, the government set up a wing within the foreign ministry called the Development Partnership Administration (DPA). The realisation to engage smaller countries across the globe came after India had to intensely lobby for its temporary UN Security Council seat in 2011.

Ambassadors sent to these countries had then committed to provide facilities or to aid developmental projects. The DPA wing set up in 2013 on the lines of US Aid now oversees the disbursal of aid, loans and lines of credit to nations where India wants to expand its footprint.

But faltering on commitments, be that in neighbouring countries or far off in Palestine, Africa or in South American countries, is affecting county’s diplomatic credibility. Talking to dna, an official associated with some of the projects called it a setback to country’s credibility adding these countries will now hardly trust New Delhi’s promises.

The ministry had offered to set up a vocational training in Palestine and got Rs 3.88 allocated for it in the previous year budget, but didn’t spend anything. The documents say, preparatory work would take place soon. Out of total of Rs 59.84 crore pledged to Palestine, just Rs 29.22 crore have been spent.

Against an outlay of Rs 350 crore for the aid to African countries, just Rs 117.32 crore has been spent. The Eurasia division, looking after new energy destination Central Asian countries, just Rs 3.42 crore could be spent against commitments worth Rs 40 crore for 2014-15. Nalanda International University continues a bothering ministry’s audits, as against an outlay of Rs 100 crore, a partly sum of Rs 17 crore was spent, far from realising the objectives of this institution.