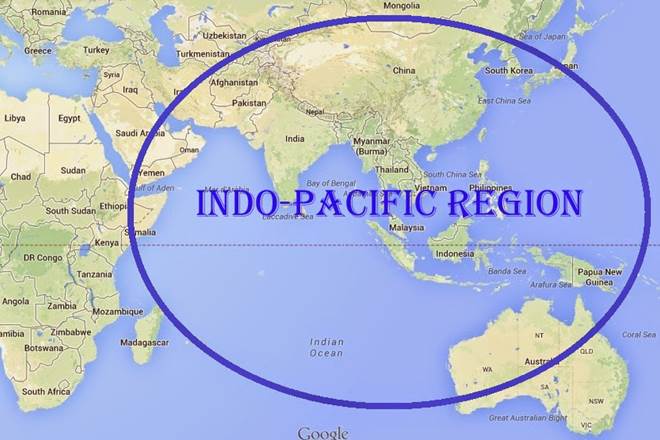 Agencies (5 October 2021) – The United States’ power in Asia has grown under President Joe Biden while the COVID-19 pandemic has dampened China’s rise regionally, according to an annual index by foreign affairs think-tank the Lowy Institute.

The Asia Power Index considers a wide range of measures, including economic and military capability, economic relationships and defence networks, as well as diplomatic and cultural influence.

In 2021, the US remained the most powerful country in the Asia-Pacific region, with China coming in second place, after steadily growing influence on the Index in recent years.

“The pandemic has really affected most countries in terms of their ability to shape and respond to their external environment, but the United States has actually gained in its comprehensive power for the first time since 2018,” Hervé Lemahieu, the Lowy Institute’s director of research, told the ABC.

Alyssa Leng, a Lowy research fellow and economist who co-authored the Index, said “a significant portion of the upward shift in the US as a power has stemmed from the Biden administration taking over”.

“Starting from a low base from the Trump years, the US has come back quite strongly in its diplomatic influence in the region,” she said, pointing to Washington’s donation of 90 million vaccine doses to Asia — twice that donated by Beijing.

China’s influence declined for the first time since the Index began in 2018.

Economic challenges including an ageing population have slowed the growth of its ability to exert power in Asia, Mr Lemahieu said.

“It will continue to grow economically, but the question is, at what pace will that growth continue?

“China will never be as dominant as the United States once was, but we are really set for a sort of bi-polar century in the Indo-Pacific … more reliant on the whims of both the United States and China,” he said.

Nevertheless, Chinese military spending is now 50 per cent larger than India, Japan, Taiwan, and all 10 members of the Association of South-East Asian Nations (ASEAN) combined, the report noted.

China “remains far in front of basically everyone else in the region” in terms of overall power, Ms Leng said.

Australia came in at sixth place in the 2021 Asia Power Index, behind Japan, India and Russia.

Despite a prolonged diplomatic dispute with China, its largest trading partner, Australia had improved its resilience in 2021, Lowy’s analysis concluded.

Australia’s donation of vaccines to countries in the Asia-Pacific had been “really quite generous”, especially on a per capita basis, said Ms Leng.

The AUKUS security pact — signed by Australia with the US and UK in September — meant becoming “more reliant on American capacity and willingness to sustain a military balance of power in Asia relative to China’s rise”, Mr Lemahieu said.

Ms Leng said it represented a “deepening rather than a widening of Australia’s defence partnerships in the region”.

“Australia seems to be going all-in with the US at this stage.”

“Very little information has emerged around AUKUS so far … until more clarity emerges around the details, and we see the longer-term diplomatic reactions from the region, it’s difficult to predict what effects it’s going to have,” she said.

Australia’s economic influence in the region also declined, for example by being replaced by China as the biggest investor in Papua New Guinea.

“We invest more in New Zealand than many other South-East Asian countries, including Indonesia,” Mr Lemahieu added.

Indonesia edged into the Index’s top 10 for the first time despite being hard-hit by the pandemic at home, outranking Singapore as the “most diplomatically influential player” in South-East Asia.

Mr Lemahieu said it was an “oddity” that a country of Indonesia’s population and size economically had not made it into the top ten previously.

“A lot of developing countries like Indonesia are rather inward-looking and face issues with their ability to project power and leadership on the world stage,” he said.

The report said that President Joko Widodo had “cemented his position as a leading statesman on the regional stage”.

Nevertheless, it noted, Indonesia, like all its South-East Asian neighbours, lacks the military might required to confront China.

Japan is a “smart power” which wields significant diplomatic, economic and cultural influence with limited resources, the Lowy report said, however its influence declined in 2021 due to a declining economy and ageing population.

“But the Japan relationship must be re-imagined if it is to cope with major challenges that both countries [face] both at home and abroad if it is to survive and thrive in the 21st century,” Dr Armstrong said.