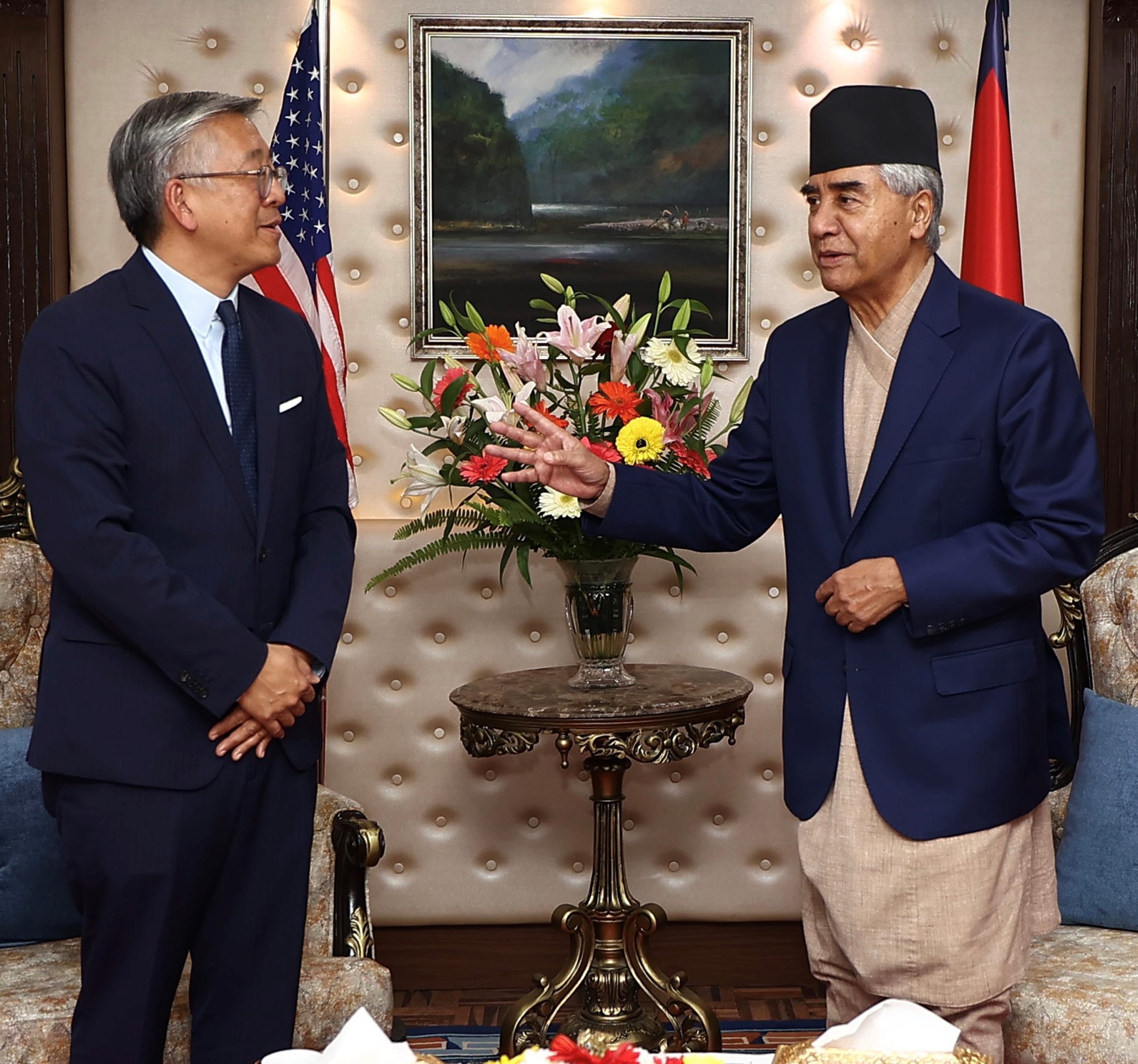 Various matters concerning Nepal-US relations, cooperation in the context of COVID-19 pandemic, post-pandemic recovery and other matters of common interests featured during the call on. The conversation also covered various areas of Nepal’s development priorities as well as the United States’ cooperation, including the MCC.

Both sides expressed satisfaction on the overall state of Nepal-US relations, according to the Ministry of Foreign Affairs. On the occasion, the Prime Minister thanked the US Government for continued cooperation in the socio-economic development of Nepal. He expressed appreciation for the generous support of COVID-19 vaccines to Nepal. In response, the Assistant Secretary assured the Prime Minister of continued US cooperation to Nepal. Discussions were also held about the recently concluded COP26 as well as the adverse impact of climate change on the economy of Nepal.

Assistant Secretary of State Ambassador Lu conveyed the US Government’s planned support in the areas of adaptation and mitigation through climate finance and technology transfer. The Prime Minister highlighted Nepal’s democratic credentials and the commitment to human rights and the rule of law. The Assistant Secretary of State appreciated the progress made by Nepal in consolidating democracy and thanked the Prime Minister for confirming participation in the forthcoming Summit for Democracy to be convened by the President of the United States, adds a press release issued by the Ministry here this evening.