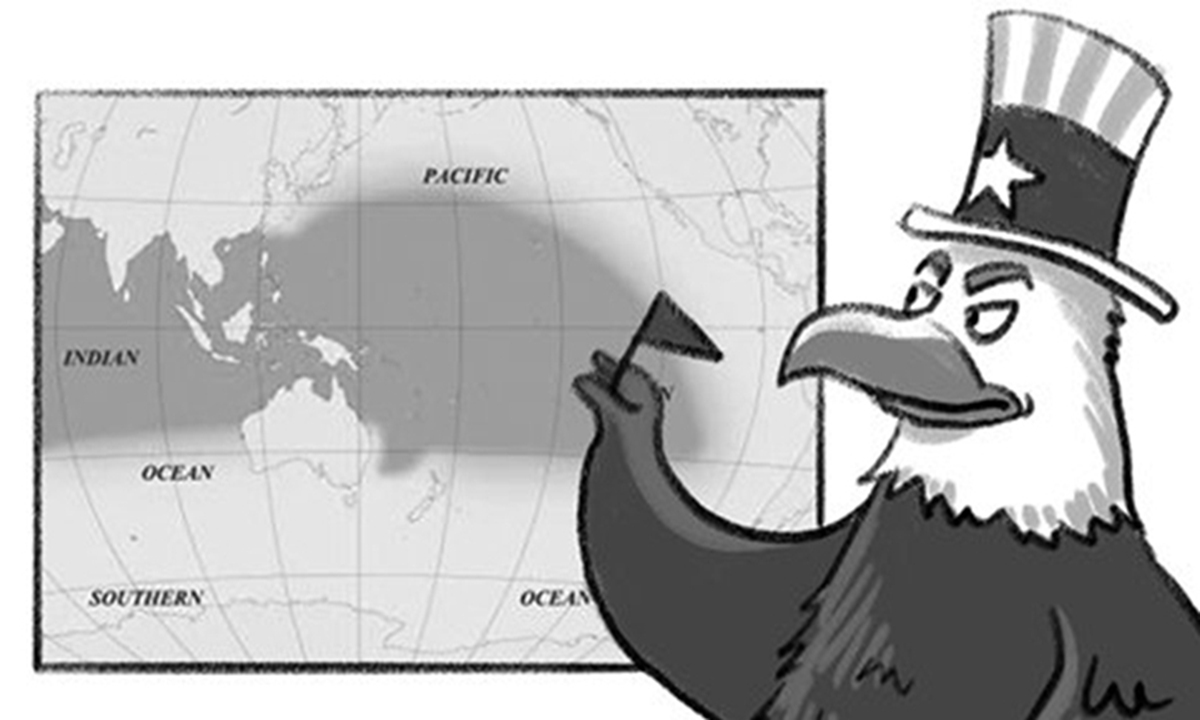 Global Times (24 March 2022) – A CNN report, entitled “What China really means when it talks about NATO’s eastward expansion,” said that “China has sought to draw parallels between the US strategy in the Indo-Pacific and NATO in recent years.” It continued, “Experts point out there are vast differences between NATO, a security alliance, and the US strategy in Indo-Pacific, which is not just about security, but includes a range of policies.”

The ultimate goal of US foreign strategy is to safeguard its global interests. Fundamentally, the establishment of the NATO security alliance and the formulation of the US Indo-Pacific Strategy were aimed at maintaining the regional and global hegemony the US has enjoyed.

However, there are differences between NATO and the US Indo-Pacific Strategy. The latter has a broader vision and may be more destructive to the region than NATO is to Europe. Washington has stated that its Indo-Pacific Strategy is a whole-of-government strategy, attempting to mobilize all possible resources to reinforce its dominance in the Indo-Pacific region.

Chinese Vice Foreign Minister Le Yucheng said on Saturday that “some country insists on going against the trend to pursue the Indo-Pacific Strategy, provoke trouble, put together closed and exclusive small circles or groups… Such an Indo-Pacific Strategy is as dangerous as the NATO strategy of eastward expansion in Europe. If allowed to go on unchecked, it would bring unimaginable consequences, and ultimately push the Asia-Pacific over the edge of an abyss.” Although Le did not name the country, many analysts believed he was referring to the US.

“Le’s remarks sound very reasonable. By promoting various economic and security cliques in the Indo-Pacific region and repeatedly putting pressure on regional countries diplomatically, the US hopes to continuously enlarging its circle of friends, which serves the US’ hegemonic system. Washington’s goal in the Indo-Pacific is evident – targeting China,” Zhang noted. “To realize this objective, the US is attempting to force more countries to take sides with the US to gain more support in the region to achieve its goal of containing China. This is bound to trigger more division and instability in the region. From this perspective, like the impact of NATO’s eastward expansion in Europe, the US Indo-Pacific Strategy is likely to push the region ‘over the edge of an abyss.'”

Many Indo-Pacific countries have expressed their concerns over the US strategy. They are aware that the US’ Indo-Pacific Strategy is essentially to strengthen competition and confrontation with China, and they are not willing to participate in the rivalry between China and the US. But Washington seems to be reluctant to discard its attempts. It has been widely seen that the US has increased its attempts to rope in regional countries.

Regional countries should remain sober, and continue to strengthen coordination and communication with each other. They should become more united and make a more consistent voice on the US Indo-Pacific Strategy – stay intolerant to outside forces to mess the region, and oppose the establishment of US hegemony in the region that serves their own hegemonic interests but undermines regional unity and stability.