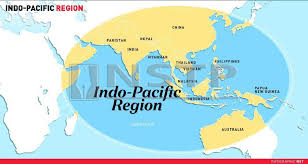 By Yan Yunning (Global Times, 7 August 2019) – US Defense Secretary Mark Esper on Saturday revealed his plan to place ground-based intermediate-range missiles in Asia. It is widely believed that US allies in Asia-Pacific, including Japan, South Korea and Australia, would be the country’s first option for missile deployment.

But only two days after the secretary’s statement, US fantasy was smashed by Australia. On Monday, Australian Prime Minister Scott Morrison ruled out the possibility of US missile construction in his country by saying, “It’s not been asked of us, not being considered, not been put to us. I think I can rule a line under that.”

Even if this was not Canberra’s formal decision, Morrison’s words proved that countries in this region have the right and ability to say no to Washington’s overbearing Indo-Pacific Strategy. It seems the region’s strategic structure is growing increasingly out of US control.

The Asia-Pacific has nurtured significant world actors and witnessed the rise of emerging powers. In spite of a few occasional disputes among regional members, cooperation and exchanges have always been the region’s theme, creating vitality and promoting prosperity for not only the region but also the world. And China, an important rising power in the region, has brought benefits and opportunities to many regional members and contributed greatly to regional development.

The US, however, always plays spoiler, daydreaming about dominating the region. Its plan to deploy the missiles exposes such intention. It’s a bid not only to deal with China and Russia, but also to strengthen and consolidate its strategic dominance in the Asia-Pacific region.

But Washington should wake up to reality and find out if any country is willing to play its dangerous game. Countries in the region will understand that blindly following the US Indo-Pacific Strategy will not only lead to regional chaos, but also cause losses to their own national interests.

As a US ally, Australia is considered a key regional player to contain China. But over the years, it has to some extent depended on and benefited from China’s development. Washington’s attempts to contain Beijing will eventually divide the region, and Canberra can by no means be immune to the impact.

When Canberra is forced to make a choice, it has to weigh things. It appears that Australia clearly understands the US plan to strengthen control over the Asia-Pacific, and has realized that following the US would only harm itself. As what prominent Australian security analyst Hugh White had pointed out, Canberra should not follow Washington into a confrontation with Beijing which the former might lose.

The current pattern in Asia-Pacific where some countries rely on the US militarily and on China economically is unstable. All regional members should work together to build a security and trust system without chaos brought about by the US.

Security and stability are prerequisites for a region’s development. If a region becomes a military arena where every state is at risk, how can it achieve development and prosperity? This is a fact everyone with reason can understand. Other military allies of the US should think seriously about it. Refusing the US missile plan should be a consensus of all Asia-Pacific countries.