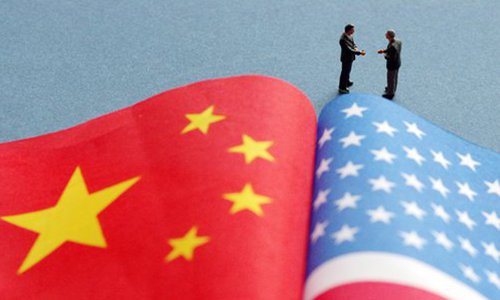 Global Times (29 December 2019) – With deep seated problems apparent throughout the world, and increasing instability and uncertainties, will there be a change in fundamental US policy toward China? We have very good news that China and the US have reached a conclusion on a phase one trade deal, which is excellent. But I suppose the answer is “No.” The US won’t change its fundamental policy, whether Trump is reelected or not.

Let me try to explain this from the fundamental point of view of the US economy. Some believe that the big crisis that hit the world in the 1930s, the Great Depression, caused World War II. From an economic point of view, I’m sorry to say this is irrational. The human cost of the war was terrible, but it produced the fastest growth ever in the history of the US economy. But after that, we can see the US economy has been slowing down for 50 years.

In 1969, the US economy’s average growth rate was 4.4 percent and it was 2.1 percent in 2019, so all claims by US President Donald Trump that the US economy is doing well are simply lies. What really happened in the US economy is the course of a business cycle fluctuation around a declining average.

And the US economy will continue to slow down, which will cause disorder and social tensions in the US. It will face more internal problems amid the upcoming election. If the core system is melting, it will then spill over to its surroundings.

That was also why riots have taken place in Latin America, as these protests were accumulative against slow growth. It’s not generally known, but it’s a fact that growth in the 11 years after 2008, the year of the international financial crisis, was slower than in the 11 years after 1929. Astonishing as it may sound, it is a fact: growth during the period since 2008 is slower than growth through the Great Depression, and disorder has deepened.

That is the cause of the rise of populism, protectionism, and other symptoms. The real characteristic of the present economic situation and the world is great stagnation, as growth since 2008 is slower than during the Great Depression.

Finally, will this change in the US even Trump is reelected? If he is reelected, there obviously won’t be fundamental changes. If he is not reelected, the candidates of the Democratic Party are also expected to hold hard line foreign policy. Elizabeth Warren even criticized Trump for not having enough take in US arm of forces.

Therefore there will not be a change in fundamental US policy toward China regardless of the outcome of the election.

The article is compiled from a speech delivered by John Ross, senior fellow at the Chongyang Institute for Financial Studies at Renmin University of China, at the International Symposium on “China and the World in the New Era.”