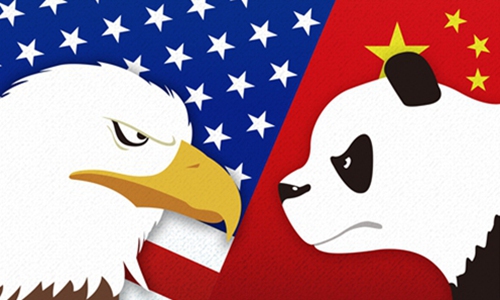 Global Times (18 March 2020) – The Chinese foreign ministry on Wednesday announced three new rules regarding US news organizations’ branches in China, which are a response to US moves suppressing five Chinese official media outlets’ operation in the US. China requires the China-based branches of Voice of America, the New York Times, the Wall Street Journal, the Washington Post and Time declare in written form information about their staff, finances, operations and real estate in China.

China requires journalists of US citizenship working with the New York Times, the Wall Street Journal and the Washington Post whose press credentials expire before the end of 2020 to notify the Department of Information of the Ministry of Foreign Affairs within four calendar days starting from Wednesday and hand back their press cards within 10 calendar days. They will not be allowed to continue working as journalists in China.

Also, in response to the discriminatory restrictions the US has imposed on Chinese journalists with regard to visa, administrative review and reporting, China will take reciprocal measures against American journalists.

As a Chinese media outlet, Global Times is sorry to see the escalating tension toward media professionals caused by political divergences between China and the US. A few Chinese and American journalists have been impacted because of China-US political conflicts.

The conflict was started by the US. In 2008, Washington requested some Chinese media outlets with US branches register as foreign agents. Recently, the US took further action to designate five Chinese official media outlets’ US operation as “foreign missions.” After China revoked press credential of three Wall Street Journal journalists (WSJ) over a racist headline and the newspaper’s refusal to apologize, the US expelled about 60 Chinese journalists based in the US, triggering the latest retaliation from the Chinese side.

We hope China-US conflicts will not further expand in the media exchange field, which will only affect mutual understanding between Chinese and US society and deepen estrangement. The US created the issue with Chinese media and started this special conflict because the US wants to create a new clash and attack China’s political system by cracking down on China’s media operations. Washington thinks creating this new front will receive wide support from the Western world. It might also think China will simply  swallow the insult.

This would be a serious misjudgment. China has abundant stories to tell, which attract media organizations from around the globe. If the two sides continue to expel reporters, the US media will feel more pain. There are 20 US media outlets with branches in China, while only nine Chinese media outlets have branches in the US.

Expelling reporters is undesirable the world over. It shouldn’t be allowed to become a regular practice.  Media professionals worldwide don’t want to see their organizations become targets whenever two countries have tense relations.

China expelled three WSJ reporters for a specific issue, while Washington expelled Chinese journalists on mass for no specific reason. Media organizations should not allow their press freedoms to trump respect for other countries, nor should they report fake news to serve their ideological prejudices.

China’s latest move is defensive in nature. The US has launched many crackdowns on China over the past two years. The moves this week by China show that it will not swallow the insult. It is hoped the US side will not further raise the stake and will take moves to gradually ease the media war.