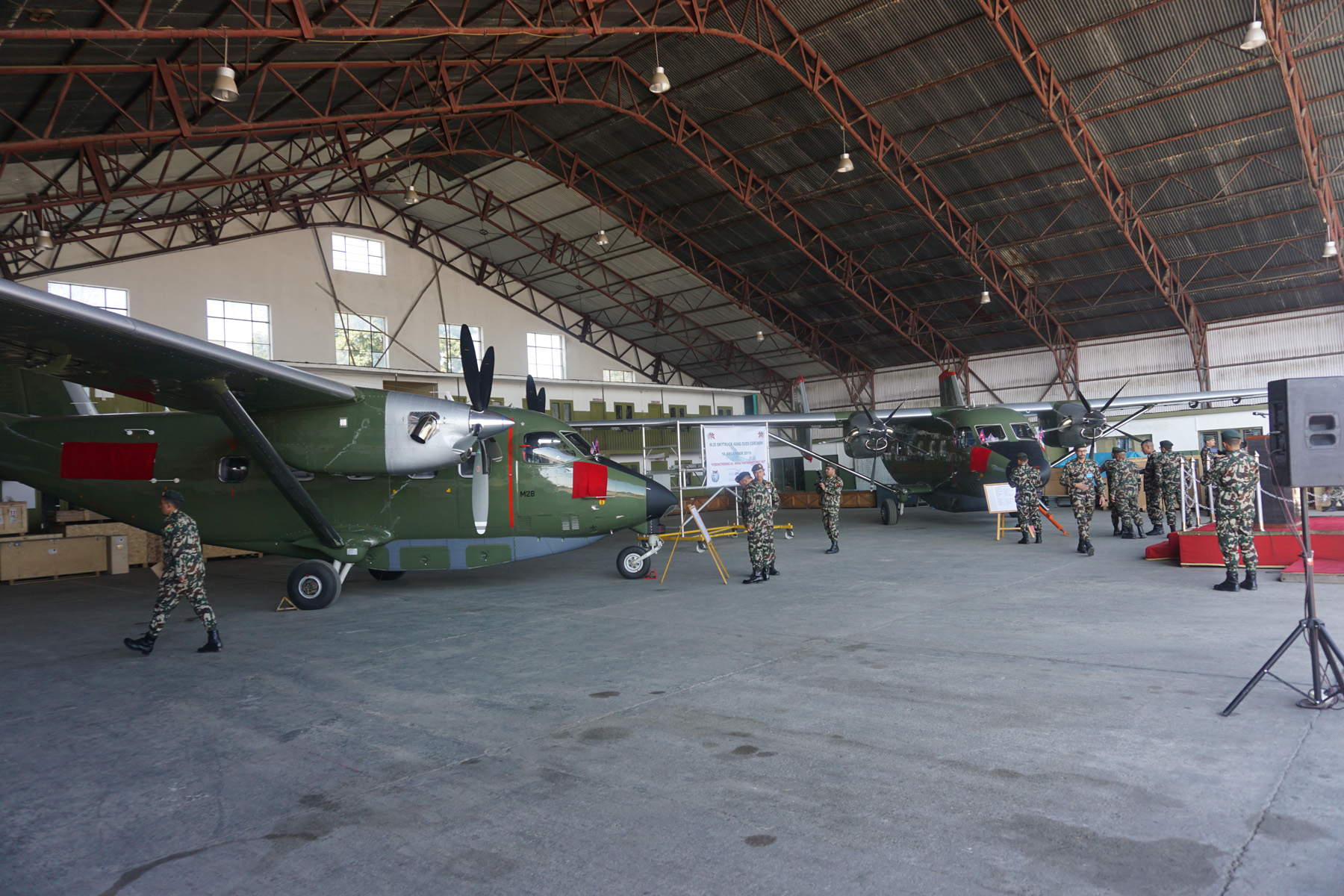 Nepal Foreign Affairs (KATHMANDU, 18 December 2019)- The government of the United States of America handed over two M28-Skytrucks to the Nepal Army amid a programme here today.

At the handover ceremony organized at the Tribhuvan International Airport, American Ambassador to Nepal Randy Berry presented the twin Skytrucks to NA’s Chief of General Staff Sharad Giri. The newly gifted airplanes are one of the best-suited for Nepal’s geography given its short take-off and landing (or STOL) feature.

The US government is confident that the Skytrucks would significantly contribute in humanitarian assistance and disaster response operations in Nepal. The two aircrafts amounting to approximately USD 15 million grant is the highest grant provided by the United States to the government of Nepal so far in the areas of security and defense cooperation, it was shared.

Each Skytruck has 2,300 kg of payload capacity and can fly up to 25,000 feet. One Skytruck could accommodate 18 people, including 3-member pilot crew. According to the NA, the Skytrucks will be used for search and rescue (SAR), transportation of troops and logistic items in remote areas, para jump, airlift and supply of materials during the time of disasters as well as for the evacuation of mass causality.

Furthermore, the American Embassy in Nepal has said that grant would also include the spare parts of the Skytrucks, pilot and maintenance training and support to facilitate modern maintenance management practices in the successive years. With these two new editions of Skytrucks, NA has now 7 aircrafts (small and medium) and 15 helicopters. On the occasion, Chief of Army Staffs (CoAS) Purna Chandra Thapa remarked that the US government’s assistance towards capacity enhancement of the NA personnel through training and logistic support as such had contributed in further expanding ties between Nepal and USA.

Likewise, American envoy Berry expressed his confidence that these Skytrucks provided to Nepal under the Humanitarian Assistance for enhancing its capacity for disaster response operations would remain as a ‘bridge’ between USA and Nepal. Similarly, NA’s Directorate General of Army Aviation’s Brigadier General Ghanendra Bahadur Shah said that the latest aviation related assistance was an important milestone in the expansion of Nepal-USA ties.

The American government has pledged NA one more such sophisticated aircraft in future. “These initiatives demonstrate the collaborative and close partnership between our two countries for strengthening Nepal’s long-term sustainability, security and resilience,” reads the American Embassy in Nepal said in a press statement released on the occasion.