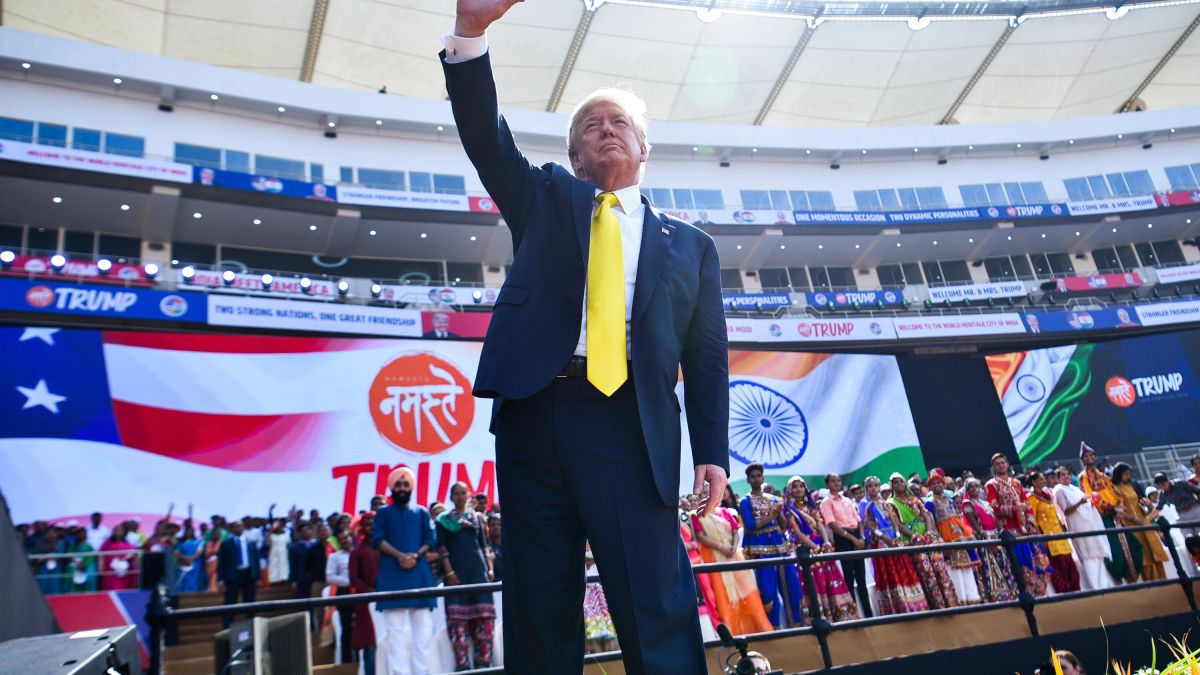 NEW DELHI (26 February 2020) – New Delhi, like every government, wonders how to handle a United States (US) president as unconventional as Donald Trump. With the conclusion of Mr Trump’s State visit, the tentative claim can be made that the Narendra Modi government may have cracked the formula. Mr Trump agreed to come to the country despite being denied his overriding interest, a trade deal. If he incorporates the spectacle of Motera in his stump speech in the coming US election campaign, India will be a thread in the legend the president likes to weave about himself.

The US government has two foreign policies. One emanates from the Oval Office and reflects Mr Trump’s worldview. It is characterised by narrow national interests, mercantilist economic relations and sees alliances and multilateral agreements as fetters. Then there is the worldview of the Washington establishment. Its policies uphold the idea of the US playing a major role in world affairs, building international institutions, and promoting cross-border trade.

The policy gap between Mr Trump and Washington is large and widening. When the two Americas do not see eye to eye, the results can be disastrous for the country and the world. Mr Trump likes Vladimir Putin, but Washington despises him. The establishment accepted the nuclear agreement with Iran, but the president does not. Things go best with the US these days if both the sides see you in a positive light. India seems to have found the sweet spot. The president, for many reasons, ranging from a sense that Mr Modi is an ideological companion to the Trump Towers coming up in India, puts a plus mark against the country. In turn, this allows the Pentagon or US corporations to move forward on traditional strategic elements of the relationship. Mr Trump leaves the country with a feel-good glow. But he will ultimately come back to the trade agreement that eluded him.