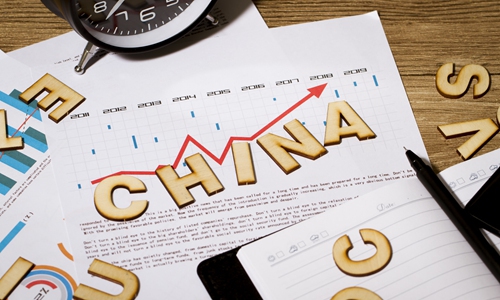 Global Times (9 March 2020) – What has China done right? This is a topic raised by Ronald Coase, world-renowned British economist and Nobel Prize laureate. Quite a few Chinese economists have elaborated upon the question yet the search for answers is far from over. While China is battling the deadly novel coronavirus epidemic, the world once again starts to pay close attention to the answer China is going to provide.

How to strike a difficult balance between prevention and control of the epidemic and economic development has become a heatedly discussed topic in Western media lately. In their paranoid analysis, the virus may likely spell the end of globalization, disrupt and reshape the global supply chain. The New York Times is more straightforward with less grace by saying “China stopped its economy to tackle coronavirus. Now the world suffers.”

Such anxiety can be understood. Since its reform and opening-up, China has secured a firm and vital position in the global industrial chain and has shaped strong economic ties with the rest of the world. When China pressed the pause button in its economy, the world began to realize the weight of their economic links with China.

Such weight is created by China’s system, thanks to which, China realized stable economic growth while effectively avoiding a possible financial crisis. Since 2006, China has ranked first in terms of its contribution to global economic growth, becoming the leading engine of world economic development. For other countries, keeping a watchful eye on whether the Chinese economy can recover quickly is approximately equal to searching for an answer on whether their own economy will be hard hit. For China, whether it can overcome the economic challenge for beating COVID-19 will be a significant sign of whether the country will have truly defeated the epidemic.

China must have done something right. Otherwise, how has it become the world’s second-largest economy from being an impoverished country? How has it lifted hundreds of millions of people out of extreme poverty? Take its supply-side structural reform. Its effects have started to be unveiled in the fight against the epidemic. An increasing number of people with minor ailments have learned to make online appointments, receiving diagnoses and treatment advice without ever going to a hospital. Given China’s promotion of a technological revolution in manufacturing and services industries, most Chinese can almost realize all their basic needs via a smartphone.

In the battle against COVID-19, the world is witnessing the socialist system’s advantages – making decisions efficiently, mobilizing various forces effectively and pooling resources to accomplish large undertakings. State-owned enterprises have been responding quickly to provide large amounts of materials for epidemic prevention and control. Private firms like Alibaba are also proactively helping the severely hit regions by purchasing medical supplies from around the world.

In recent days, both the WHO team, which visited different places in China in February, and the world’s most prestigious medical journal, The Lancet, expressed their approval of Chinese methods in epidemic prevention and control. This is only the beginning.

The next task is whether China can continue doing the “right” thing to overcome future economic obstacles in the all-out war against the epidemic, as well as to boost its economic growth, eradicate extreme poverty and realize 5.6-6.1 percent GDP growth in 2020, to ensure the country’s GDP this year is double what it was in 2010, a target for China’s 13th Five-Year Plan （2016-20).

During the process, the world will understand China’s system and its development better, as well as having a clearer clue over what China has done right.