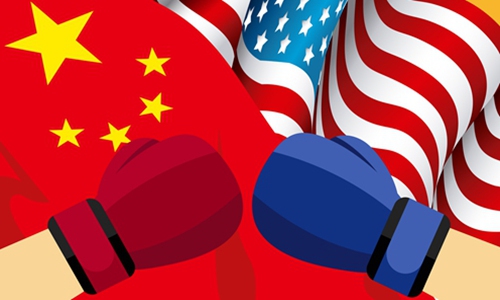 Global Times (3 March 2020) – US Secretary of State Mike Pompeo announced on Monday that the State Department will impose caps on the number of Chinese nationals employed by five Chinese media entities. These news outlets now employ approximately 160 Chinese citizens and the cap will bring this number to 100.

This is a retaliatory move by the US after China revoked the press credentials of three Wall Street Journal reporters based in Beijing. It is also one of the many ways the US  is trying to suppress China.

Washington invented the war on the media. First it pushed Chinese media outlets to register as “foreign agents.” Then it designated five Chinese media outlet’s operation in the US as  “foreign missions,” and now it imposes a cap on the number of Chinese reporters in the US. China revoked three WSJ reporters’ press credentials as a punishment for that outlet’s publication of an insulting headline and its refusal to apologize, which is a specific case. What the US is doing against the Chinese media is policy-level suppression. The two matters are completely different.

China can also punch back against US media outlets based in China, but such tit-for-tat moves would be unprecedented. China won’t be intimidated and Washington should not think it has more leverage in this game than Beijing.

We don’t suggest China follow Washington’s logic and engage in a tit-for-tat confrontation. China should maintain its principle, continue to offer service and assistance to foreign reporters based in China and carry out necessary management. Foreign reporters who violate professional ethics should be subject to punishment regardless of Washington’s reaction.

Pompeo and his peers do not respect the law of objectivity. They resort to Cold War-era approaches without recognizing that today’s world is different from what it was decades ago. Pompeo and his like-minded peers put the “state-run” label on Chinese media entities and insisting they are different from Western media outlets. Their main goal is to smear China’s political system. By hyping media frictions, they embellish the US geopolitical isolation of China as a US-led Western political crusade against China.

The US frictions with China stem from its strategic selfishness. Washington has indulged in hysteria as it attempts to provoke China, while hoping to use their sense of moral superiority as an excuse to do anything.

China has made remarkable progress, but the country is increasingly demonized by Western opinion. Where is the fairness and objectivity of the US and Western media so often chanted by Pompeo and his peers?

The China policy of the US is going too far, yet the general pattern of bilateral ties is not that messy, and China’s relations with the West has remained stable. It shows the words and deeds of Pompeo and people like him are outrageous, but the norms of international relations are more influential than their power.