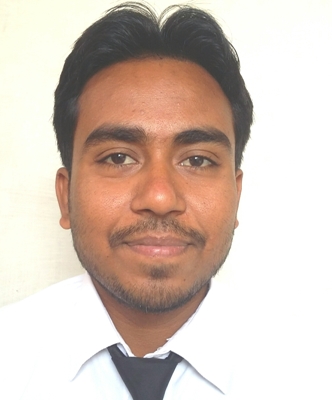 “Every child comes with the message that God is not yet discouraged of man,” Rabindra Nath Tagore.

Indeed, child is the incarnation of innocent Gods. For many, holding a babe in arms is like reaching into a stage of cloud nine. The children’s smashing smiles, vibrant attires, and stellar activities make a grown up person feel like a child in a sweetshop. And, parents willfully wish to become a snowplow parents (to push all the obstacles out of their children’s way).

It’s accepted on all hands that the children are future of nation. Its’ expected that the state and society both should present themselves as caring guardian of children and protect them from the literal and figurative bumps and bruises of real world playground. Continuing a series of examination on different legal and constitutional provisions, let’s look into the arrangements of rights of children in Constitutions of member states of South Asian Association for Regional Cooperation (SAARC) this time with a view to analyze the seriousness of these developing nations towards the would be-leaders of the world.

These democratic countries are at even to envisage that their constitution stands for the cause of children. The study shows that Nepali Constitution appears to be the most progressive document in across South Asia region in envisaging the statutory provisions for ensuring the rights of children.

The cornerstones are set by the two arrangements in particular. First, the statute provisions for right to compensation to children. Second, the charter has succeeded to reprimand child marriage, and all forms of discrimination tilted against children, while ensuring child friendly justice to foster on Nepali soil.

“The Nepali Charter has embarked a new beginning in the region. The framers should be thanked for ensuring compensation to the children who are victim of any forms violence,” maintained Alok Kumar Yadav, faculty of International Law at HNB Gahrhwal Central University, Uttarakhand. He then went on add that the other countries should also ensure similar arrangement while appreciating the framers of the landlocked country.

“The Indian Contract Act-1872, tort and other legislations speak about damages to children but the Constitution is mute in this regard. Moreover, there should be a special legislation (Act) in South Asia to protect the best interests of children,” further added professor Yadav.

Coming down heavily against child labor, the newest Constitution of the world which was unveiled on Nepali soil on September 20 last year envisages that no child would be employed in factories, mining activities or any hazardous places, Article 39(4). Adjusting a similar tuning with Nepal, Constitution of India, Pakistan, Srilanka, Afghanistan, Bangladesh, Maldives, and Bhutan also blow bugle against child labor at factories as envisaged under Article 24, 11(3), 12(4), 49, 28(4), 35, and 8(5), respectively.

The fundamental rights (FR) provision related to children begins with a marginal note of ‘Right of Children’ as reads Article 39 of the Nepali Constitution. Explaining the rights in an enumerative form, the statute offers as many as 10 clauses in the said Article 39 which talks about the inherent rights of children.

While upholding the essence of right to education, the Constitutions of South Asian countries succeeded enough to provision that state would make arrangements for free education to all children of school going age up to tenth standard. Moving a step ahead in the region, the Afghani Constitution envisages that the arrangements would be made for sure to ensure free education up to BA level in state owned institutions, Article 43.

Unlike other statutes, the Indian Constitution provides that state would ensure free education to children of age six to 14 years, Article 21A. The provision was inserted through 86th amendment in 2002 which guaranteed right to education as a matter of FR.

Explaining that they are pledged to not to allow the discriminatory storms brew around the educational institutions, Nepali statute slams any form of torture on children at home, school or any other places, Article 39(7).

In a bid to curtail the tale of violence on children, the statute provides that ‘no child shall be subjected to recruitment or any kind of use in the army, police or armed groups, neglected, or used immorally, or abused physically, mentally, or sexually, or exploited through any other means, in the name of religious or cultural practices, Article 39(6). Further, the statute guarantees that every child would have right to formative development and children would have right to friendly justice.

Maintaining that their fundamental goal is to bat for humanitarian laws, the Nepali statute has shown inclination on ensuring special protection to the children who are helpless, orphan, victim of conflicts and physically impaired. The charter has provisioned a long list of FR provisions related to rights of children. And, perhaps this is the sparkling feature of Nepali Constitution which makes it stand on a different footing in across South Asia.

With a view to set ablaze the violence against children, the statute further commands that children would have right to seek compensation from perpetrators on witnessing any form of violence at the hands of the latter, Article 39(10). Noted, none of Constitutions in SAARC have made arrangement for right to compensation to the children as a matter of FR.

In the similar vein, the legislation has set its sight to end all forms of discrimination against children and ensure utmost care to them through directive principle of the state as well, Article 51. Likewise, as the children cannot look after themselves, state shall ensure facility for social security, says Article 43, which is within the sphere of FR Chapter.

Amid acknowledging the doctrine of ‘ejusdem generis’, the Nepali statute has incorporated as many as 15 provisions related to children rights. The doctrine suggests that legislations should not only water the main enactments but also foster like nature clusters associated with it. Noted, the different clauses of the same provision have been taken as an independent provision for this study.

Meanwhile, the Constitutions unanimously impose an obligation on state to make sure the arrangement of proper nutritious foods to children of tender age.

Observing the protection of rights of children as one of the goals of legislation, the Pakistan Constitution rolls out: ‘state shall protect marriage, the family, mother and child,’ Article 35.

Further, the statute slams any moves which give air to any vocations unsuited to their age or sex, Article 37(e). The provision stands on similar footing with Indian Constitution’s Article 39(e).

The provisions related children have been enshrined under as many as five Articles in Pakistani Constitution.

In the meantime, with a view to institutionalize the dignity of children, the Indian Constitution has taken a pledge to water the dignity of childhood and youths by knocking all the boundaries resting upon exploitations, Article 39(f). The fundamental document also guarantees healthy and nutritious foods for children, Article 47. Correspondingly, the statute provisions that Articles 23 and 24 can be enforced against individuals whoever found guilty of human trafficking and employing children at factories.

Moreover, as many as nine provisions related to rights of children respire in Indian Constitution.

Blowing the winds in a contrary gesture, the Bhutanese Constitution stood indifferent to enshrine the provisions related to rights of children in the chapter of FR. When asked whether the approach is a healthy symptom, former Civil Judge Pramod Tiwari opined that rights and duties are the ‘jural-correlatives’, meaning they should exist together. “The enforcement authorities may not say yes to rights of children as a matter of fundamental rights (FR) if the parliament-made statute has said no to it,” said Tiwari, who currently delivers lecture on International Law at Uttranchal University, Dehradun.

Although the Constitution has succeeded to acknowledge the rights of children in the chapter of principle of state policy and fundamental duties, “It’s an unhealthy practice not to allow the provisions related to children find space in the verse of FR.”

While leaving no rooms for strong connection between rights and duties, the fundamental document looks like a toothless tiger which has potential to bark but not to come down heavily against the poachers,” added Tiwari. He was of the view that rights and duties should move in parallel.

“A person who has impaired his one leg is bound to face lots of struggles and he may fail to materialize the journey successfully. In the similar fashion, a statute loaded with number of duties but not rights would certainly fail to make a fair deal in the long run,” said Abhiranjan Dixit, another faculty of International Law at Uttaranchal University.

The Constitution comes down heavily against any act which has potential to humiliate the children, Article 8(5).

The provisions related to rights of children have been incorporated in as many as three Articles.

Like Bhutan, the Maldivian Constitution has also installed three provisions for children.

The marginal note of Article 35 says “Special protection to children, young, elderly and disadvantaged people,” which further explains that state is bound to make laws for special protection of the said clusters. The provision slams any form of discrimination rooted on children.

While paying disregard to any form of exploitation, the Srilankan Constitution under Article 27(13) provides that the state is bound to stand by the cause of children. The Article is legislated in an enumerative form which bangs every form of discrimination oriented on children.

While corroborating with provisions of other SAARC states, the statute has made it clear that it would be an obligation on state to end malnutrition, prostitution and gambling from Bangladeshi soil, Article 18. Likewise, the document has also taken a goal to carve the state into a no-forced labor zone, Article 34. The provision stands on similar footing with Article 49 of Afghani Constitution.

Further, the Afghani statute commands that state should adopt measures for healthy upbringing of children and eliminate illiteracy so as to give a blow to the clouds shrouded by amateurish ones. More, to supplant the goal of legislation, free education up to BA level has been ensured in state owned colleges, reads Article 43.

The statute of Srilanka, Bangladesh, and Afghanistan has installed as many as four Articles each relating to rights of children.

Although the member states of SAARC have lauded number of ambitious constitutional mandates to garner the best interests of the children, they are yet to give a big blow to the violence occurring on children. As action speaks louder than words, the states should formulate special legislations to reprimand the offenders who find happiness in playing with modesty and dignity of children.