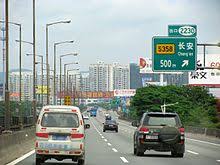 By Yu Jincui (Global Times, 11 July 2019) – The latest example of Chinese standards being recognized and applied overseas is the first-ever expressway in Ulan Bator, the capital and largest city of Mongolia. The expressway, which was put into operation on Wednesday, was built completely in accordance with Chinese construction and technological standards.

Recent years have seen Chinese standards increasingly adopted in terms of expressways, high-speed railways and bridge construction in countries where China’s vast infrastructure expertise is welcome. As the China-proposed Belt and RoadInitiative advances, popularization of Chinese technical standards across a range of industries is inevitable.

However, some Western countries and observers have raised an eyebrow over growing overseas applications of Chinese standards, accusing China of exporting technical standards for everything from infrastructure, artificial intelligence to 5G technology intended to dominate global standards.

It’s natural for countries to adopt standards that are safe, reliable, advanced and tested which could promote innovative, coordinated, green and inclusive development. There is no doubt that a responsible government, be it of a developed or developing country, would choose the best and highest standards.

Indonesia is building the Jakarta-Bandung high-speed railway, a joint effort between Beijing and Jakarta and the first of its kind in Southeast Asia, based on China’s railway technological standards, the Straits Times reported. Nepal also has reportedly chosen a railway-track gauge used by China for its railway line connecting Gyirong, Southwest China’s Tibet with Kathmandu, the Nepalese capital. The two countries have opted for Chinese standards because they know what’s best for them.

With China rapidly progressing in innovation and advanced technology, its capabilities of standardization have also been growing. This should be viewed in a positive light, as it could drive the standards in certain areas to a higher level. When old standards are replaced by new and higher ones, it will inevitably lead to technological progress.

Some Western countries, especially the US, are upset that China may have a bigger say in standards-setting in key technological areas. What they are concerned with are their own interests rather than global technological development. This shows they are narrow-minded.

The global standards underpinning today’s cell phone networks were set by Western tech companies at a time when China was sidelined, since at that time, much of the crucial technology was mastered and owned by Western giants. Shouldn’t whoever has the cutting-edge technology have a bigger say in setting the standards for the 5G world that could allow the downloading of a feature-length film in less than five seconds? Trying to obstruct the process is nothing but an attempt to strangle technological progress and common development for private purposes.