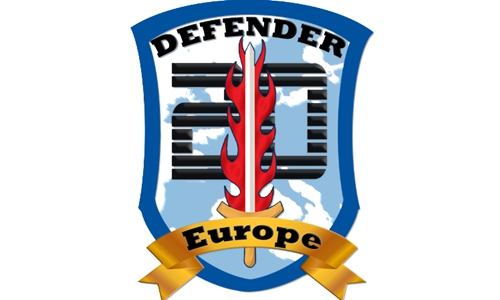 By Dong Yifan  (Global Times, 20 March 2020) – US European Command confirmed on Monday that the US has modified the NATO “Defender-Europe 2020” exercise in size and scope and all movement of personnel and equipment from the US to Europe has ceased as of March 13. It said the decision was “a precautionary measure in response to the ongoing outbreak of COVID-19 and to protect the health and safety of all participants and local population.” It insisted that the exercise will not be canceled. Nonetheless, Russia Today claimed that NATO’s biggest military drill is at risk of being sneezed off.

“Defender Europe 2020” is seen as the biggest military exercise NATO troops have held in 25 years. The US has long prepared for it and began to dispatch troops to Europe in February.

Since the Ukraine crisis, NATO has held extensive annual military exercises on the European soil. While it aims to flex muscles to show it could contain Russia, it also offers comfort to European allies. However, US President Donald Trump believes Europe has had a free ride at the expense of the US and has frequently asked his European allies to shoulder more the cost and better coordinate with Washington’s major power competition strategy. This has caused divergences and frictions emerged within NATO.

At the end of 2019, French President Emmanuel Macron called NATO “brain dead.” At the Munich Security Conference in February, pundits discussed the notion of “Westlessness.” Recently, Turkey and Europe were engaged in a war of words over the Syrian situation and the refugee crisis.

The US, meanwhile, has taken to multifaceted posturing. It pursues containment of Russia and hopes to maintain the solidarity of its alliance network. While it demands more money for European allies, the US injected more funds in European defense by adding more troops in countries such as Poland. At a time when NATO prospects seem bleak, the US hopes “Defender Europe 2020” will revitalize the reputation of NATO.

However, the global pandemic of the coronavirus has become the biggest threat to Europe and the US. Across the Atlantic, confirmed cases are skyrocketing, and US troops in Europe and NATO itself have already been greatly affected. Commander of US Army Europe Christopher Cavoli is now under self-quarantine after being exposed to the coronavirus at a recent conference. A case was also confirmed at NATO headquarters in Brussels. Even US Secretary of Defense Mark Esper and his deputy David Norquist are physically separated from each other as a precaution in case one is infected by the coronavirus.

“Defender-Europe 2020” exercise has mobilized tens of thousands of soldiers who are now marching across multiple countries, including hard-hit areas in Europe. Given that the US was not able to conduct large-scale test for the novel coronavirus, US soldiers storming to Europe will only bring more uncertainties and risks there. Setting aside the goal of deterring Russia, the US may above all hurt its own allies.

Against the backdrop of the pandemic, the military drill is hardly the public good Europe needs. What the continent needs is collaboration in the fight against the virus. However, NATO, which claims to be an alliance that deals with both traditional and non-traditional security challenges, has not yet carried out any decisive measures to curb the spread of the pandemic, while the US is practicing “America First” in the face of the crisis.

US airlines suspended service to all destinations in Europe and Washington has tried to seek exclusive rights to a German company CureVac’s potential vaccine. These moves continue jeopardizing US strategic credit and international image. Europe will grow more disappointed with the US.

Some insightful people in the West are calling on NATO to make due contributions to the pandemic prevention and control. Atlantic Council President and CEO Frederick Kempe published an article entitled “Why Trump should trigger NATO’s Article 5 vs. COVID-19,” asking that after September 11 attacks in 2001, US’ European and Canadian allies triggered the alliance’s Article 5 commitment to common defense for the first time. Why not do the same to combat the virus?

NATO should take care of the real security concerns of its European member states, rather than simply showcase its military muscle. That would reveal positive reasons for its existence, perhaps stop it from inching closer to a “brain death.”

The author is a research fellow with the Institute of European Studies, China Institutes of Contemporary International Relations. [email protected]