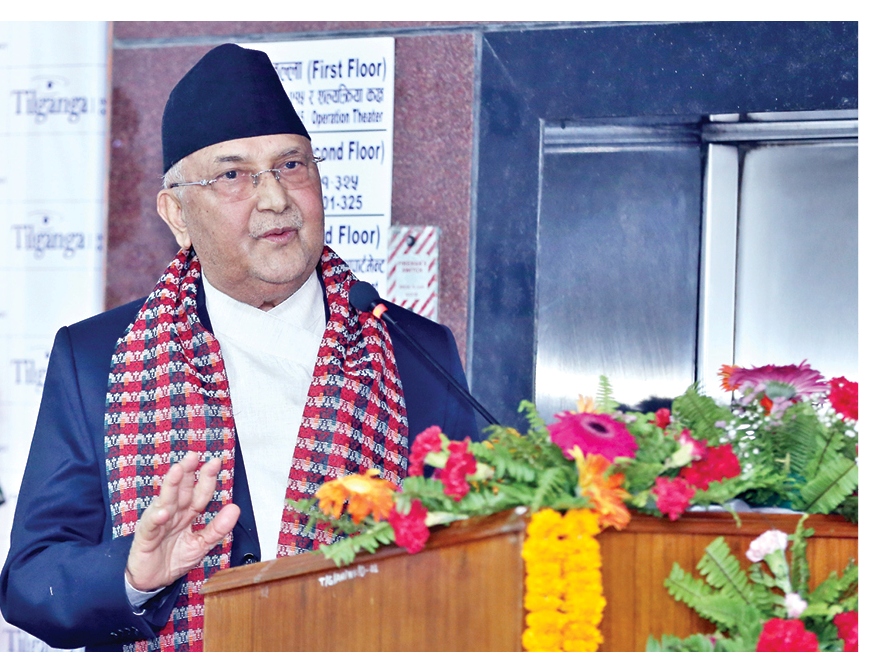 Nepal Foreign Affairs (KATHMANDU, 23 July 2019) – Tilganga Institute of Ophthalmology (TIO) has been recognised as a World Health Organisation (WHO) collaborating centre in Nepal in the field of Ophthalmology.

The announcement was made on the occasion of the 25th anniversary function of TIO organised in the capital on Monday.
The TIO has been a part of 573 collaborating centres of the UN health agency across the world.
Dr. Jos Vandelaer, WHO Representative to Nepal, provided the certificate of recognition to Dr Reeta Gurung, chief executive officer of TIO, amidst a function today.
Addressing the 25th anniversary of TIO, Prime Minister KP Sharma Oli said that Dr Sanduk Ruit, executive director of TIO, had reminded all Nepali people of the nation’s proud tradition.
The TIO has played a lead role in reducing the proportion of visually-impaired citizens in the total population, the Prime Minister said.
PM Oli said that Dr Ruit had done miracles in the field of eye treatment in Nepal.
“Dr Ruit is successful in providing vision to many people by establishing the world’s first class institution for eye treatment in Nepal,” said the PM.
Through the efforts of Dr Ruit, many visually impaired and blind people are now capable to see the bright world, said the PM.
“The TIO has supported in making people happy as per the national desire of ‘Prosperous Nepal, Happy Nepali’ by giving sights to many people,” he added.
He said the inspiration provided by the TIO should be persuaded by everyone for establishing service-oriented hospitals.
“The efforts and services of the TIO are impressive,” said the PM, adding that the government was ready to provide any support to the hospital for conducting research, training and treatment.
Deputy Prime Minister and Minister Health and Population Upendra Yadav said that the government had established one Eye Treatment Centre in 77 districts each for the larger good of the Nepali people.
The government has kept the eye treatment as the fundamental healthcare rights in its recent health policy, he said.
He said that the country had made a significant progress in innovation and human resource development in the field of ophthalmology in the last one decade.
Speaking on the occasion Dr Ruit said that the hospital was working with the vision of providing accessible eye treatment facilities to all.
The recognition of the TIO by the WHO as its collaborating centre is a huge achievement for the hospital and the country, he added.
The TIO provides services to over 400,000 eye patients every year and conducts around 65,000 minor and major surgeries. Cornea donation and transplantation services are its popular programmes.
The hospital also runs 26 eye care centres in various parts of the country and an eye hospital in Hetauda of Makwanpur district.
Likewise, the hospital has also been producing ophthalmologists, optometrists and ophthalmic assistants.
According to the hospital, it produces around 10 ophthalmologists, 40 such nurses, and as many optometrists each year.
Besides, the institute has been regularly imparting training to ophthalmologists from Ethiopia, Ghana, the Maldives, Indonesia, Myanmar, Thailand, Pakistan, Bangladesh, Bhutan and India, among other countries.
Likewise, the hospital is also conducting over a dozen researches every year in various parts of the country.
The hospital produces intraocular cataract lenses, possibly the cheapest in the world. The hospital has produced 4.7 million lenses in the last 22 years. The lens has acquired the ILO standard at has reached to more than 70 countries across the world.