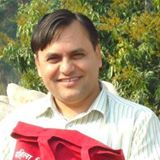 By Mukunda Kattel (4 December 2019) – On 27 November 2019, The Indian Express carried an article entitled “India and Nepal must seek mutually acceptable solutions to controversy over new map.” Written by Shyam Saran, who is India’s former foreign secretary and ambassador to Nepal, the ‘controversy’ being referred to in the title relates to the reaction in Nepal on the political map that India had issued on November 2, 2019. The map was published for the people of India to reflect the changes that have occurred in the status of the Indian state of Jammu and Kashmir since 31 October 2019.

Saran’s suggestion that the map should be of no concern for Nepal is, however, a misstep. Since the map includes areas of Kalapani, which belong to Nepal, it becomes a cause of serious concern to every Nepali. A map is not just the mass of land within a specified fence, whether man-made or natural. A map is a person’s identity. The moment one perceives their identity is at stake, they will react.

Voluntary response
It was not unusual, therefore, for some people of Nepal to take to the streets as soon as the map went public. If they did so, it was the constitutionally guaranteed freedom of expression and peaceful assembly they were enjoying. The demonstration was to draw the attention of the government of Nepal that something seems to have gone wrong and needs to be rectified.

Every Nepali citizen is entitled to express their disappointment at their government’s inaction in refurbishing the broken lane in front of their house as well as its dillydallying in protecting their national border being trampled with. This is not an act of ‘residual revolutionary’ hype, as Saran suggests. This is rather a voluntary response of dutiful citizens. It is unbecoming of a diplomat as seasoned as Shyam Saran to read the expression of dissent in Kathmandu as “anti-Indian sentiment.”
Saran’s anger reflected in the emotionally charged article is not commensurate with the noise in the streets of Kathmandu. The root of anger should be somewhere else. I can think of a few possibilities. The first of which is the letter of concern, if not the note of protest, the Government of Nepal sent to New Delhi on November 21, 2019 to convey its displeasure of the map. If nothing else, the letter carries the message that Nepal has started to assert itself.

The Indian bureaucracy and political elites alike do not like Nepal being assertive. Saran could have been venting this unease.
Another possible root of anger can be the unity of voice in Nepal against the map. Such unity is not to New Delhi’s taste. Saran has not hidden his worry that the “pro-India Nepali Congress” was in competition with the left parties to decry India. Saran might be referring to the unfortunate statement by Nepali Congress president that India did not publish the map without consulting Prime Minister Oli. A ‘pro-India’ party leader going so wayward would of course be worrying to say the least.

Saran threateningly claims that Nepal sidestepped offers made by India to resolve outstanding border issues. Such offers were numerous, he implies, including the 2003 foreign secretary level talks. A former Nepali diplomat privy to the 2003 talks has, however, refuted Saran’s claim and instead held Saran responsible for what did not happen. Even if Saran were true, there is no reason for him to be angry about. Year 2003 was not appropriate to negotiate such crucial issues. Nepal was marred by violence and was internally divided. It had no stable governments for years. Unless Saran thinks such issues had to be negotiated when Nepal had no bargaining power because of its internal problems, he should be happy that it did not happen. India would have risked being blamed for the haste in which the negotiation was concluded.

Saran’s silence on the work of the Eminent Persons Group (EPG) is striking. The EPG was formed in 2016 comprising experts from India and Nepal to review all bilateral treaties and agreements, including the 1950 Treaty of Peace and Friendship. In mid-2018, the EPG finalised its report, including, presumably, the Kalapani issues as well. However, as rumours go, Prime Minister Narendra Modi has since been too busy to receive the report.
What would be more fitting for Saran’s stature is to use his influence to get the report to Prime Minister Modi and, then, get public. All of us should have access to it. The ideas explored and suggestions proposed should be critically discussed, debated and refined as necessary. Saran should not remain silent on the work of the EPG. He should use this opportunity to do what could not be done while holding office.

I do not think Nepal is unaware of its history, geopolitics and even its destiny. Nor can I think for a moment Nepal can pretend to be unaware of the sensitivities of its neighbours. India and Nepal share special relations over history and will continue to do so. Nepali citizens live and work in India, as Saran has rightly reminded, and so do Indian citizens in Nepal. There has never been any difficulty between us, the people of the two countries, to coexist. And no difficulty will arise in future too.

Cross-border cooperation
I find it hard to see the connection between the importance of “cross-border cooperation” – which undyingly is important – and the “anti-Indian protest in Kathmandu.” It is naïve to suggest that the protest in Kathmandu, which to my knowledge, did not happen in the way Saran read, will result in the disturbance of cross border cooperation. It is best for him to stop playing Nepal’s geopolitics. It is a little too much. We know the impact of cross-border disturbances. The memory of 2015/2016 blockade is still fresh in our minds.
Let us not allow our capacity to reason to be swamped by emotions. Let’s treasure our “benign togetherness” and firm it up further by addressing the issues pending over history in a manner that mutually benefits us. Time has come now to act together as sovereign equals.

(Kattel, a human rights professional, writes on political and social issues.) This article first appeared in The Rising Nepal.