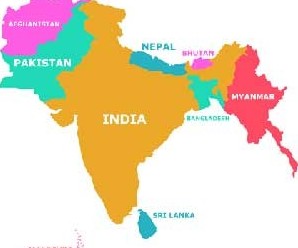 By Khaled Ahmed (12 January 2019) – Imran Khan earned a lot of popular support in Pakistan by opening up the Kartarpur Sahib gurudwara to Sikh yatris from across the border with India. He talked of “peace and trade” and was hailed by the man in the street. In fact, Prime Minister Khan was so sure of “real” public support that he began toying with the idea of mid-term polls to bag a two-thirds majority in parliament that would enable him to change the laws which obstruct his political agenda.

His foreign minister, Shah Mehmood Qureshi, however, stabbed Khan in the back by calling the Kartarpur overture a “googly”. Instead of commending him for his anti-India bluster, Pakistan’s powerful media unanimously condemned him for his gaffe. Khan was silent before the media but reportedly showed his annoyance at what Qureshi had done. That the whole of Pakistan — including the army — didn’t like Qureshi’s googly means the time for such antics is over.

However, Najam Sethi wrote in The Friday Times of November 30: “Now Pakistan’s reopening of the Kartarpur…is being billed as some sort of peace breakthrough in Indo-Pak relations. It is nothing of the sort. Like the IMF, China and Saudi Arabia openings, this initiative comes courtesy General Bajwa whose bear-hug of Indian cricketer Navjot Singh Siddhu at Imran Khan’s oath-taking ceremony in Islamabad put Indian PM Narendra Modi and Punjab state CM Amarinder Singh in a tight corner.”

But what if the Pakistani army chief wants to turn over a new leaf? Bajwa belongs to the post-Musharraf and post-Kargil dispensation and is thoroughly disenchanted with Pakistan’s past “trans-oceanic” friends. He could also be sick of the subversive reflex of the army against civilian governments seeking “normalisation” with India. The pattern is so repetitive you can no longer fix the history books without being laughed at. Bharat Karnad in his recent study, Staggering forward: Narendra Modi and India’s Global Ambition notes that soon after he assumed office, General Bajwa asked his officers to read about the ways in which the Indian Army adjusted to the democratic Indian polity.

Karnad also favours going back to the initiative of General Pervez Musharraf — now ironically facing a trial for treason in Pakistan. Musharraf offered a “compromise on Kashmir which would have formalised the LoC as international border, and afforded Pakistan the fig-leaf of the omission to ‘oversee’ along with India the affairs of the erstwhile princely state of Kashmir. Had that agreement been approved by Manmohan Singh, India could in the present day have exercised a veto over the CPEC passing through Gilgit and Baltistan.”

Imran Khan is talking of trade and investment with India. Everybody knows it means free trade, free movement and Indian investments in Pakistan. Who else but post-Nehruvian capitalist Narendra Modi would comprehend the significance of this kind of thinking? Khan is religious like Modi but is hounded by the mullahs. Modi too is letting the BJP-RSS combine spread Hindutva that frightens non-Hindus and secularists in India and delays his economic agenda.

For Pakistan, “talks” should aim at “normalisation” rather than “Kashmir” if it wants to avoid a deadlock while its economy is belly-up and India can afford to sit pretty. Khan will respond to an opening-up of the Lahore border, where the two armies currently indulge in a farcical pantomime of attacking each other. All this boils down to the initiation of “connectivity” that Indian Prime Minister Manmohan Singh introduced as a theme at SAARC. India’s inability to live normally with its neighbours is frequently acknowledged, but now an economically powerful India needs to return to SAARC instead of scuttling it.

According to Karnad: “The Modi government may not acknowledge this, but crafting good relations with Pakistan is the fundamental building block of a truly peaceful and economically integrated extended sub-region, one that is slugged into the Indian economy which, thus enlarged, can become the driver of economic prosperity and the kernel around which a loose collective security arrangement can over time grow to protect it.”