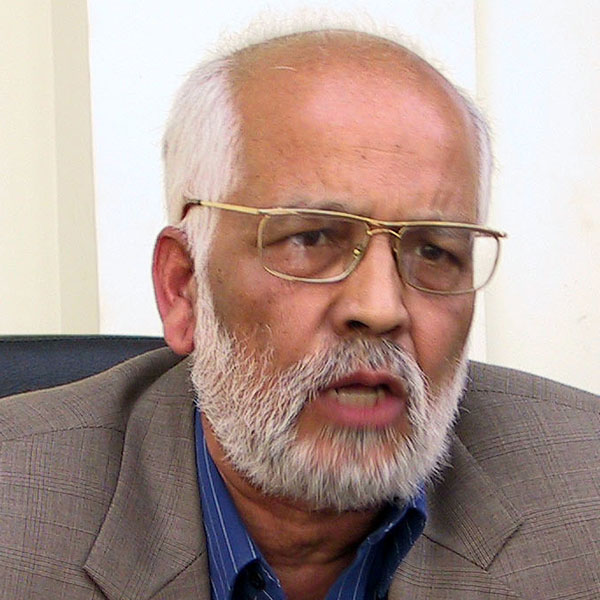 Nepal Foreign Affairs (12 November 2018) – Nilamber Acharya, a member of Nepal-India Eminent Persons’ Group(EPG), formed to review overall relations including the contentious 1950 treaty of Peace and Friendship, has been recommended for Nepal’s Ambassador to India.

The cabinet meeting on Sunday decided to recommend Acharya for the post. Acharya is member of Nepal formed EPG that had recently prepared a common report on the issues Nepal-India relations including the controversial. But the report is yet to submit to the Prime Minister of both the countries.

Achary, 75, is the Former Law Minister and Former Ambassador of Nepal to Srilanka. He is one who had drafted the interim constitution of Nepal 1990, which was made after the people’s movement.

He has experiences of working with both the Communist and Nepali Congress. In later period, he has been staunchly supporting KP Sharma Oli for his nationalistic stance. As a member of EPG, it is said he had played significant role to prepare the joint report.

Acharya is now known as left-democratic intellectual. He was the member of Constituent Assembly (CA) nominated from Nepali Congress in the first CA.

Many have taken this decision of the government as ‘surprise and unexpected’ since he was not in a scene for the ambassadorial post. Why did PM Oli take this decision leaving the other aspirant of the NCP for the post? His newly appointed Foreign Advisor Dr. Rajan Bhattari has said he deserve for the post in terms of his expertise and experiences.

‘He has long experience of politics and diplomacy. Since he is the member of EPG, the recommendation made by it, would take right direction when both the government decide to own and implement’ Bhattari said, ‘He is also senior, who know how to handle Nepal’s relation with India.’

This post was first offered to Dr. Bhattari himself but he chose to work with Prime Minister Oli as close member of his advisory team.  Mahendra pandey, Former Minister for Ministry of Foreign Affairs had also been on the race for the post. The first recommendation of the Cabinet, Nilkantha Upreti, had been in controversy both constitutionally and his skeptical relations with India.

It is now believed the parliamentary hearing committee would also endorse the name of Acharya. After a long gap, India is receiving Nepali Ambassador in New Delhi.