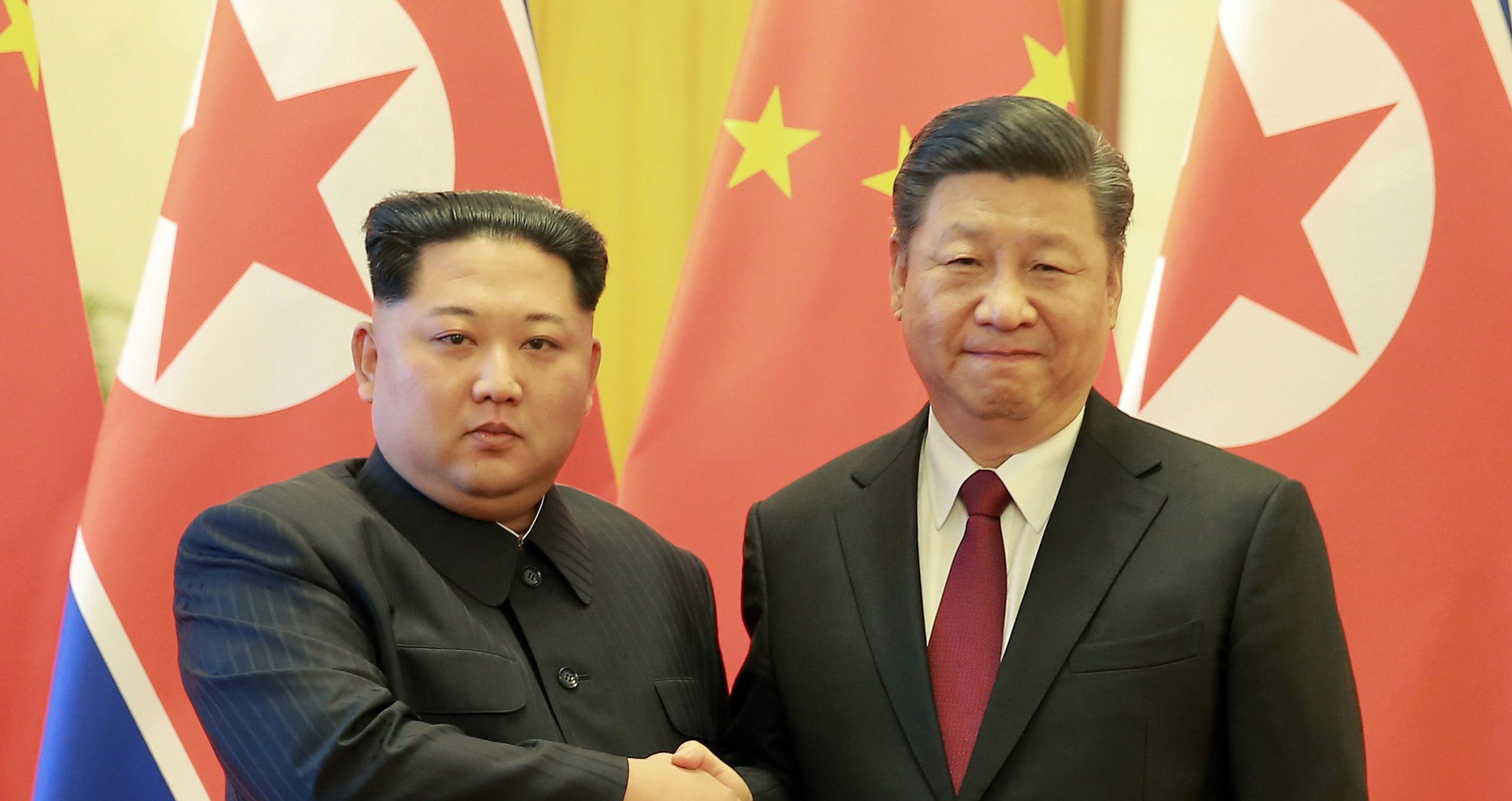 Xi, general secretary of the Central Committee of the Communist Party of China and Chinese president, made the remarks in talks with Kim Jong Un, chairman of the Workers’ Party of Korea and chairman of the State Affairs Commission of the Democratic People’s Republic of Korea (DPRK).

Xi spoke highly of the DPRK’s efforts to safeguard peace and stability on the Korean Peninsula and promote the denuclearization of the peninsula.

The situation of the Korean Peninsula concerns regional peace and stability, Xi pointed out, noting that a bright prospect of resolving the issue through dialogue has appeared over the past year, which has gained recognition and raised expectations of the international community.

The international community hopes that talks between the DPRK and the United States will move forward and bear fruit, Xi added.

Stressing that the Korean Peninsula issue is highly sensitive and complex, Xi said a strategic and long-term perspective is needed to accurately guide the evolution of the situation and effectively maintain peace and stability on the peninsula.

China, Xi said, is willing to provide assistance within its capacity for the DPRK to address its legitimate security and development concerns, strengthen coordination and cooperation with the DPRK as well as other relevant parties, and play a positive and constructive role in achieving denuclearization of the Korean Peninsula and long-term stability in the region.

For his part, Kim said that over the past year, the DPRK has taken many active measures to avoid tensions and control the situation on the Korean Peninsula, but has not received positive responses from the party concerned, which the DPRK does not want to see.

The DPRK is willing to stay patient, and hopes that the relevant party will work with the DPRK to seek solutions that accomodate each other’s legitimate concerns and push for results from the dialogue process, Kim said.

The DPRK highly appreciates the important role played by China in solving the Korean Peninsula issue, he said, adding that his country is ready to continue to strengthen communication and coordination with China to strive for new progress in the political settlement of the issue and safeguard peace and stability on the peninsula.

Xi arrived in Pyongyang earlier Thursday for a state visit to the DPRK. The visit, Xi’s first as CPC chief and Chinese head of state and also the first of its kind in 14 years, came as the two neighboring countries are celebrating the 70th anniversary of their diplomatic ties.